If you missed part 2 of this Hidden Gems Guide, click on this link: Rome Hidden Gems: the Ultimate Guide – part 2

What did Ancient Rome look like? What kind of city Raphael walked into? And what did it look like to Bernini, 100 years later? Sometimes it takes a lot of imagination to picture in our mind what the ruins looked like originally They might look just like a bunch of stones.. That’s why I LOOOVE reconstructions! They make me dream! So you can imagine what a sensation when I entered this incredible cinema.

This place is called “Welcome to Rome” and it is located between Campo de’ Fiori and Piazza Navona Inside you can find a lot of reconstructions that show you the incredible transitions of buildings like Castel Sant’Angelo, St Peter in the Vatican and the Imperial Forums through the centuries. After the reconstructions you enter a special cinema. This cinema has four screens (one in front of you, two on the sides and one below), and this makes it super immersive!

Included in the ticket you also have headphones with an audioguide, which in a very simple and easy way describes more than 2700 years of history of Rome. I loved this experience and recommend it to anyone, whether you’ve never been to Rome or you know the city by heart

20) The cannon on the Janiculum hill

Why is there a cannon shooting in the center of Rome every single day? To see this Roman cannon in action you’ll have to be on top of the Janiculum hill at midday (sharp!) on any day of the week.

This cannon shoots every single day from here since 1847! Why? Because in 1847 Pope Pius IX was fed up with all the church bells of Rome ringing at different times (after all, time in Rome has been a relative concept since forever 😄). Therefore he decided to set up a cannon that would shoot every single day at midday to signal the correct time when to ring the bells, so that all the churches would be synchronized! Of course there is no cannon ball inside the cannon! Only some gunpowder 😉

21) The house of Monsters

Hidden gem nearby Spanish Steps. Welcome to the House of Monsters!

The look of the door and the name are quite deceiving, in fact this place has nothing scary in it! The real name of this building is Palazzo Zuccari, named after Federico Zuccari, an Italian painter from the 1500s.

Federico wanted to create a surprise effect with this door. Visitors would enter this “scary” door, and then be surprised with the contrast of the beauty of the garden inside. In fact originally you would find a garden after this door.

Learn more about them and how to visit here: The House of Monsters and the Bibliotheca Hertziana

22) The Stadium of Domitian underneath Piazza Navona

Do you love going underground? If you want to do this during your Roman holidays, there’s no better place to start than the Stadium of Domitian, which is beneath the modern Piazza Navona!

Going underground is great to escape the summer heat of the city, as well as taking shelter during rainy days.

The Stadium of Domitian used to be an ancient Roman stadium where the sports imported from the Greek Olympics were taking place: javelin throw, foot run, pankration, discus throw, long jump.. However you have to imagine that in Ancient Rome these sports were not as popular as the chariot races and the gladiator fights, where more action and blood was included. Tastes of the time!

But this was surely a grandiose building, where up to 30000 Romans of the time gathered to support their favorite athletes and collecting memories of these special events.. like we do today in our modern stadiums.

23) Raphael frescoes in the Church of Santa Maria della Pace

One of those free Rome hidden gems nearby Piazza Navona! Take a few steps from the Piazza and discover this precious corner that the divine Raphael left to us in Rome.

It is in the church of Santa Maria della Pace, commissioned at the end of the 1400s by Pope Sixtus IV (the same pope that built the Sistine chapel, by the way!)

After all, Raphael already demonstrated to Agostino how good he was.. He in fact already decorated his Villa in Trastevere, that today is called Villa Farnesina. The results were divine!

24) The round church of Santo Stefano Rotondo

Can such shocking images coexist in one of the most requested churches for weddings in Rome? Yes, if you are in Santo Stefano Rotondo (Saint Stephen in the Round), the most ancient church in Rome.. in a round shape!

This beautiful medieval church holds frescoes with 35 scenes of martyrdom of the first Christians. They are really detailed and they show any kind of torture and execution that the Roman emperors gave to these Christian martyrs: from beheading to stoning, to even putting them into a cauldron with boiling oil or having them eaten by lions. Some of the images are quite strong, and it’s quite shocking to us today to find them in such a lovely church!

In Rome we have three kind of places: the must-sees, the hidden gems and those places which are only open on specific occasions.. like this one!

I have been wanting to see this place with my own eyes for ages and finally I’ve managed: this ceiling was design by one of my favorite artists in Rome: Francesco Borromini! 🧡
Borromini was the genius architect of Baroque, which in the 1600s was part of the legendary rivalry with Gian Lorenzo Bernini (another one of those Baroque geniuses that me and you love so much!).
This room is in Palazzo Falconieri in via Giulia, very close to Campo de’ Fiori, but always closed to the public apart from specific initiatives that allows visitors in.

This palace takes its name from a noble family that used to live in here, the Falconieri, and today it houses the Academy of Hungary where Hungarian cultural events are held.

26) The Eur district and its secret garden

What is the business district of Rome? Is there anywhere in the Eternal city where buildings are actually modern?? The answer is simple: EUR!

The Eur district of Rome was developed in the 1930s to host the World Fair of 1942, which never took place due to WW2.

Eur was the showcase of the Fascist propaganda expressed through architecture, where the regime aimed at establishing a powerful connection between the glory of the ancient Roman Empire and the “modern Italian empire” of the Fascist regime. The result of this is a modern style of architecture where the traits of the classical Roman personality are turned into something more stylized and minimalist. The Eur district today is one of the most desirable district to live it.

I love its white marbles making contrast with the blue skies of Rome!

I bet you didn’t know this, did you?

First of all: the fact that you are going underground is already super cool! Second: the replicas of those armours are so real, that you can picture so easily those gladiators and soldiers fighting in them!

Third: the Gladiator Museum is FREE to enter! So remember, next time you are in Piazza Navona, do not forget to visit this little gem.

By the way, just to clarify, as it might be deceiving: the Stadium of Domitian (where Piazza Navona was built on) was not a stadium used for gladiator fights! In this stadium the athletic games were taking place instead.

Aren’t you going to check this place out next time you’re in Piazza Navona?

Be sure to read part 4

To read the third part of this Hidden Gems of Rome Guide, click on this link: Rome hidden gems: the ultimate guide – part 4 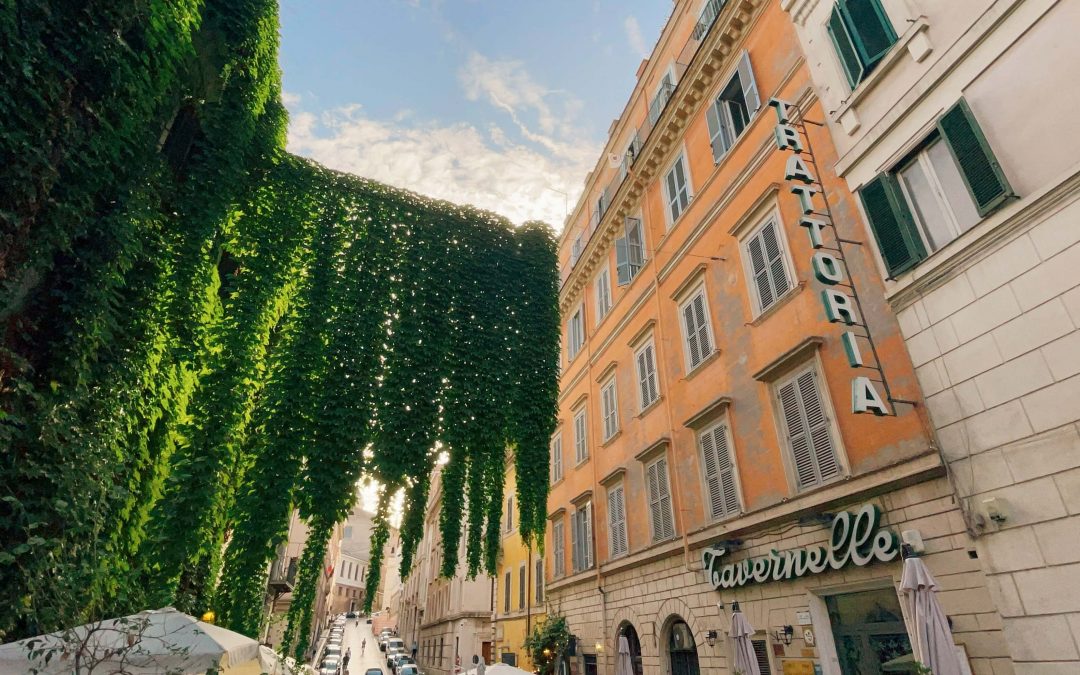