Why is Rome called the Eternal City?

As you walk in the streets of Rome, traces dating back up to 2700 years ago pop out from every corner. ⁠But the reason why Rome is called Eternal City that goes back to Hadrian, emperor from 117AD to 138AD. And what he wrote in his “Memoirs”.

⁠Hadrian considered the presence of Rome in the world beyond physical.

Rome for centuries has been a spiritual, cultural and political reference for the entire planet. There is a piece of Rome in each of our cities, countries and religion

⁠Can we state the opposite? Western culture is based on what Rome left to us: our languages, our architecture, modern laws, religious traditions.. and much more ⁠

“other Romes will come, whose forms I see but dimly, but whom I shall have ‘Helped to mould.. Rome would be ⁠perpetuating herself in the least of the towns where magistrates strive to demand just weight from the merchants, to clean and light the streets, to combat disorder, slackness, superstition and injustice, and to give broader and fairer interpretation to the laws. ⁠

Even if Rome would fall, still it would continue existing until the last city on earth would live 🧡

Do you want to discover more incredible stories and facts about Ancient Rome? Check out our in person experiences for when you’ll be in Rome and discover the Eternal City with us 😊

← Prev: Rome is the best food destination in the world

Rome is the best food destination in the world

Why are the ancient Roman monuments still standing?

Recent discovery: the ancient Roman concrete auto regenerate itself. This was the secret the Romans used to make their buildings 2000 years ago! 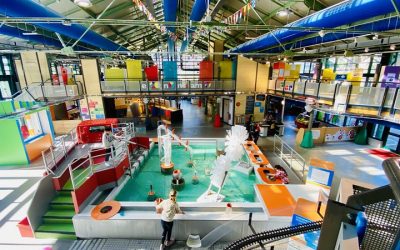 Things to do in Rome with kids

Here’s some things to do in Rome with your kids, taking also inspiration by our best childhood memories in Rome 😊