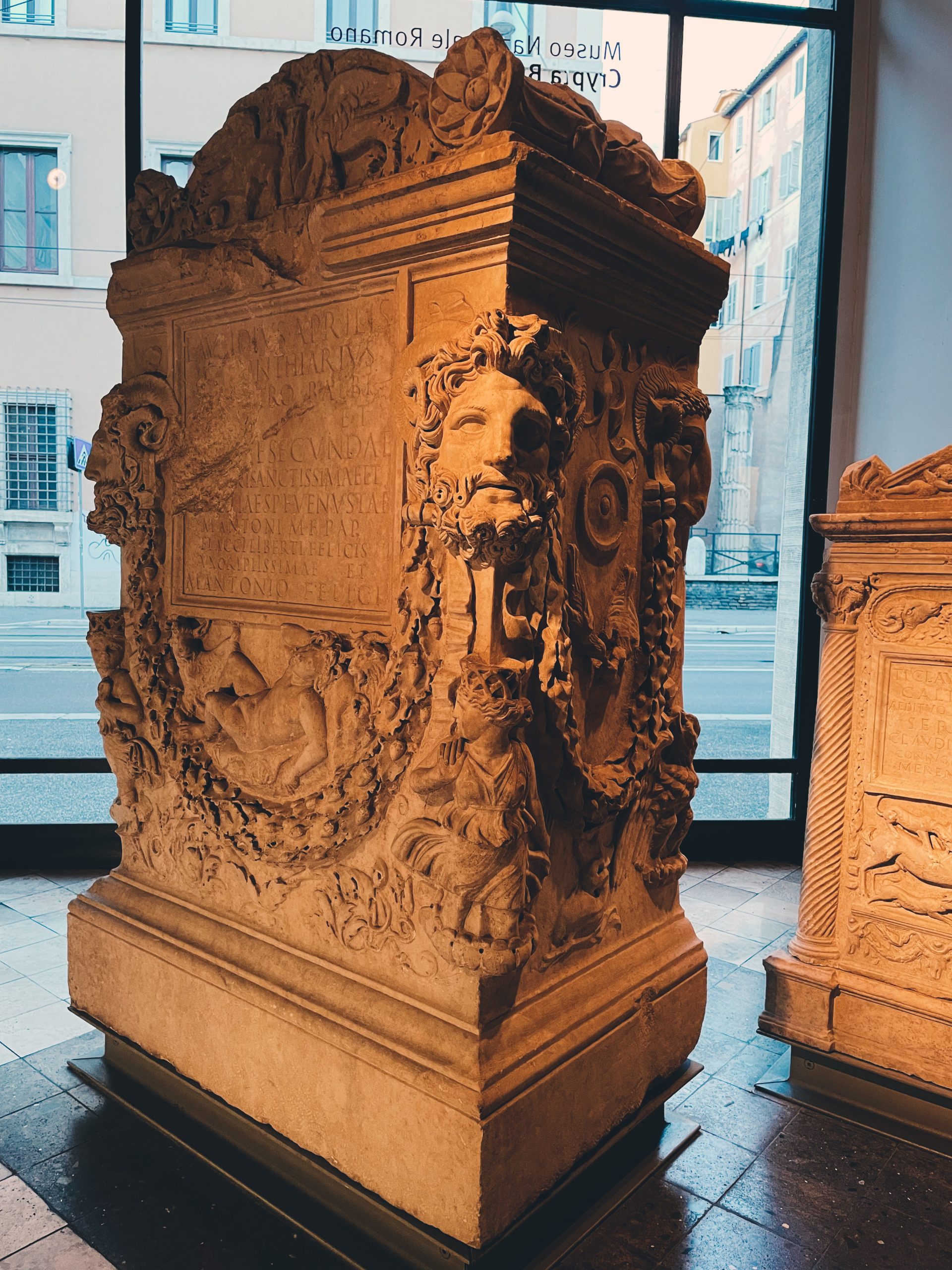 Where is Crypta Balbi located?

We are in the city center, in via delle Botteghe Oscure, just few steps away from Largo Argentina and the Pantheon.

What is the Crypta Balbi?

Despite the name, Crypta Balbi was not a crypt. It was actually a portico running around an outdoor square. This square was located right next to the Theatre of Balbo. The Crypta Balbi was the place where the spectators used to take shelter in case of rain. Or where they were spending their time in the breaks during the plays.

In Ancient Rome the word “crypt” referred to an area covered with a portico. The term “crypt” was later used by the Christians to refer to the area which is usually below the altar of a church

Today the Crypta Balbi is underground Rome. But this is only because of the ground level that has raised through the centuries. Originally it was in fact on the street level.

The theatre of Balbo

The Theatre of Balbo was one of the three permanent theaters of ancient Rome. The other two were the theatre of Marcellus and the Theatre of Pompey. This theatre was the smallest of the three and it was built by Lucius Cornelius Balbo, who was a consul in 32 BC.

Balbo built this theatre and its portico to celebrate the triumph over the Garamantes, a population in Africa.

The theatre opened in 13BC, but on the day of the inauguration the Tiber river flooded the whole area around it. But Balbo did not give up and the guests reached the theatre by boat!

Some ruins of the theatre are in the basements of the buildings nearby, which are not accessible to the public.

Now that we have some context, let’s dive in into what we can actually see with our own eyes!

You must imagine that behind the theatre of Balbo there used to be a big square. Around this square there used to be a portico with columns. This portico had an exedra (a semicircular room) on the opposite side of the theatre. This exedra is today visible in the Crypta Balbi archaeological site, underground Rome.

The Crypta became abandoned and filled with waste and scraps. And it also became a place for burials. You can see the remains of the waste and the burials (including skeletons) in the museum of the Crypta Balbi.

The Crypta also became a kiln, which is a place where the ancient Roman marbles were turned into lime, so that the materials could be reutilized. That is why in the museum you can find a lot of fragments of beautiful ancient roman marbles. It is very moving to see these little pieces of marble heads, arms and feet in their roman sandals, which survived from the fire of the kiln.

Turning ancient marbles into lime or in other buildings was unfortunately very frequent after the fall of the Roman empire. That is one of the biggest reasons why the ancient ruins today are.. ruins! 😩

Part of Crypta Balbi became a balneum (baths) for a monastery located nearby. The rest of the building turned into the houses of the merchants. They sold their goods in their shops, which were located in the center of the square of the Crypta Balbi. These shops give the name to the modern city today: via delle Botteghe Oscure, which we could translate into “the street of the dark shops”, because these shops leaned on the ancient ruined walls, which had no windows. That’s why they were dark.

Something else was also built in the center of the square. The church of Santa Maria Domine Rose, which then became the church of Santa Caterina of Alessandria. The monastery of this church took care of the daughters of the Roman prostitutes. These girls were saved from the streets and in the monastery they received assistance, to either start a monastic life or to find a husband. In the monastery these girls learned how to write and read and how to perform some house duties.

This monastery was then demolished in modern times, when Rome became the capital of the Italian nation and major roads were built in its place.

This museum is part of the Museo Nazionale Romano

I hope this article helped you understand a bit more about the Crypta Balbi and that you will visit this fantastic place soon. 😊

Remember that this museum is part of the Museo Nazionale Romano. This means that with one ticket you can visit FOUR sites: Crypta Balbi, Palazzo Altemps, Palazzo Massimo and the Diocletian Baths. 🤩 You can book your tickets here.

So, has the Crypta Balbi ended up on your bucket list? 😉

Try our Virtual Walk INSIDE the Colosseum and teleport yourself to Rome! 😎

END_OF_DOCUMENT_TOKEN_TO_BE_REPLACED

← Prev: Villa Medici in Rome. A hidden gem near Spanish Step Things to do in Rome this month - January 2022 → 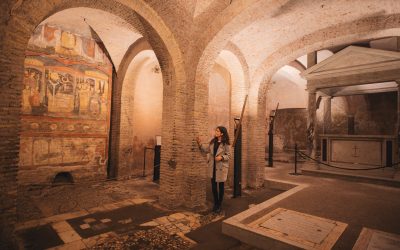 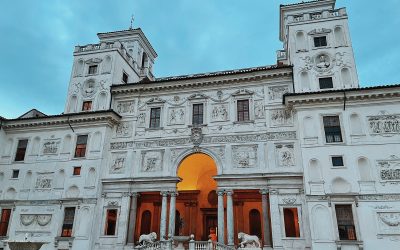 Villa Medici in Rome. A hidden gem near Spanish Step

Most of the times the best hidden gems are next to the most touristy places. Walk up the Spanish Steps and discover Villa Medici in Rome.