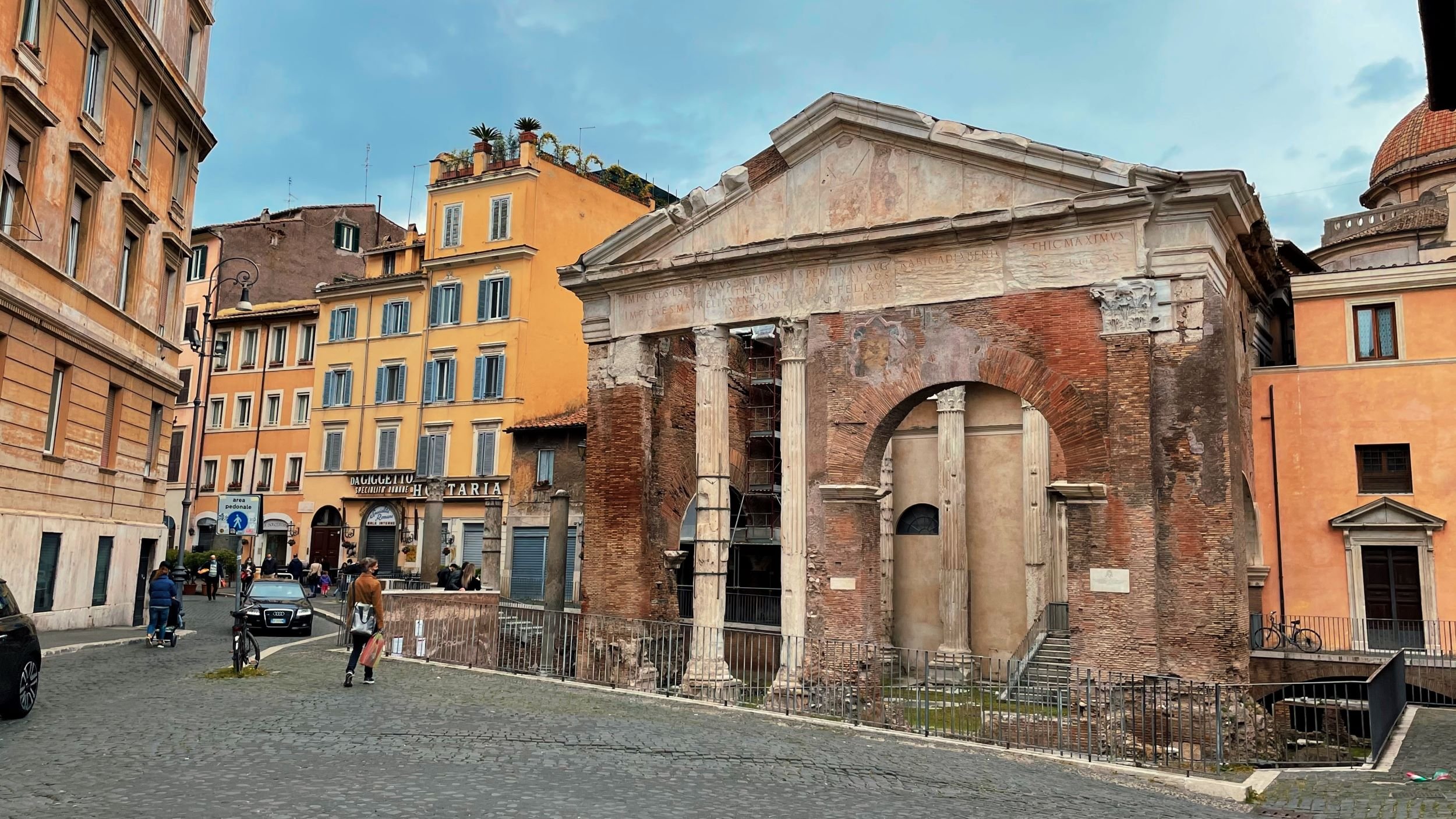 60 mins – Hosted in English and Italian

Meet your host live on Zoom.

Dedicated rate for groups of more than 30 participants.

Use Zoom to participate on your desktop or mobile device. After you book you’ll receive an email with a link and details on how to join.

Federica can host private groups of any size. Private group rates start at €56.

For groups of more than 30ppl please send an email to contact@livevirtualguide.com for a dedicated rate.

Set on this stroll back in time through some of the most picturesque corners of the city: the heavenly Jewish ghetto of Rome, home to some of the best food destinations of the Eternal city, surrounded by ancient Roman ruins even popping out the outdoor restaurant tables!

You would never expect that those ruins were also used as displays for a medieval fish market!

While this neighborhood may look so peaceful and relaxing today, it has been the main background to some very dramatic events of the Roman Jewish community, leading up to that cold morning of October 16th 1943, when at 05:15 AM, 1259 people were deported to the concentration camp of Auschwitz. Only 16 of them returned..

Come and set on this journey through the most fascinating mix of food and history of the Eternal city.